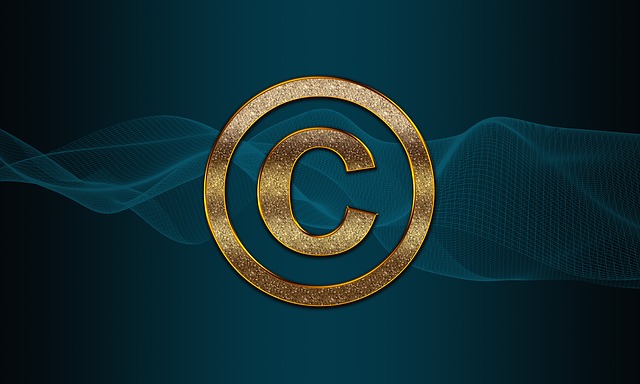 The law firm of Decker & Ofir is a boutique Israeli law firm, specializing in copyright law and intellectual property (IP). The firm provides comprehensive legal services to its Israeli and international clients. The firm’s services include legal protection for their works, representation in copyright infringement proceedings and legal consultation in various IP matters.

How to Act Against Copyright Infringements in 2021? 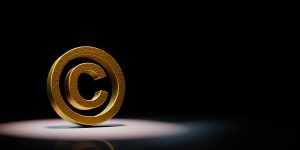 Nowadays, copyright infringement is taking place in tremendous quantity and scope. The modern digital world enables making copies of protected works such as books, films and songs more easily than ever, and to distribute them throughout the internet. New technologies, such as 3D printers, are expected to make it even easier to copy protected works, including works from  types that are relatively difficult to copy, e.g., statues, reliefs, etc.

Many believe that there is very little to do against the increasing numbers of copyright infringements these days. However, in practice that is not the case. In fact, lawsuits and other legal actions against are effective and available ways to prevent future infringements and to claim compensation from the infringing party. In this article we will elaborate on some basic yet crucial information regarding copyright infringement, as well as the penalties and other available remedies.

What is Considered Copyright Infringement?

Copyright legislation varies among different countries. The Israeli Copyright Act includes a number of acts that the owner of a work has the exclusive right to carry out. It is somewhat similar to real estate ownership. The owner of a house has the right to decide who else is allowed to enter the house, and generally the law does not enable forcing him to allow others to enter against his will. Similarly, it is not possible to copy a protected work, to publish it, to broadcast it, to rent it and to commit other acts mentioned in the law, without the owner’s permission.

Nowadays, copyright infringement tends to be committed in more sophisticated ways than before. Not only copying an entire work would be considered an infringement, but also sampling an essential part of the work, for instance. Using the sampled part without permission might be considered copyright infringement which could lead to penalties. A common example would be using lines or chords of a known song in another song. In 2011, a popular Israeli singer sued the members of an Israeli hip hop band who sampled numerous chords of one of his major hits. He won the legal proceeding and the members of the band had to pay damages of 100,000 ILS (approx. 29,500 USD).

5 Examples of Cases Where an Infringement Can Occur 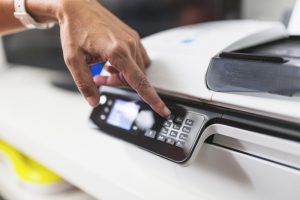 As can be understood, copyright infringement can appear in many forms and it occurs in various places, especially the internet. Here are 5 examples: (1) Playing songs at a wedding; (2) Publishing a picture which was taken from Facebook in a newspaper; (3) Using software in office computers without a license; (4) Streaming a soccer match in a bar; (5) Distributing digital copies of a book on the internet. All the aforementioned actions require an explicit permission from the owner of a work (i.e., a license). Without a license, any of those actions might be considered copyright infringement, which could lead to penalties.

Another type of infringement is with regards to giving credit. The law defines the moral right, which is the right of the creators of a work to get credit, as well as the work would not be modified or distorted, if it harms the creator’s honor or reputation. Even if the copyrights of a work – say, a picture – are being sold or transferred, in general it would still be necessary to give credit to the creator of the work (in this case, the photographer). Avoiding from doing so might be considered an infringement. Similarly, the owners have the right that the work would not be presented in a way which harms their reputation. A hypothetical example would be using a song of a devoted religious person in an advertisement which includes sexual content.

What Can Be Done Against Copyright Infringement? 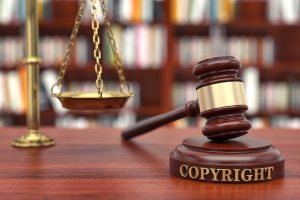 According to the Israeli Copyright Act, copyright infringement can base a civil lawsuit, in which the owner of a work can seek damages. Furthermore, the law enables to claim compensation without the need to prove the damage, in a sum of up to 100,000 ILS (approx. 29,500 USD). Apart from the ability to seek damages, the court may, in cases of a continuous infringement, or fear that the infringement could be renewed, an injunctive relief which would prevent the defendant from repeating his deeds. It is similar in its manner to a restraining order against a trespasser who entered another person’s house without permission.

It is important to note that the law is being updated, according to developments that occur in reality. Due to the fact that many infringements are being committed through the internet nowadays, a recent amendment of the law authorizes the court to issue an order which limits the access to certain websites or their content. This new legal tool is expected to help handle the multiplicity of online copyright infringements.

Despite copyright infringement becoming easier in recent years, the Israeli courts often order defendants to pay high amounts of damages and penalties for copyright infringement. Damages can reach up to tens of thousands and even hundreds of thousands of dollars. The amount of damages depends on different factors, including the extent of the infringement, the actual damage caused to the plaintiff, the type of relations between the plaintiff and the defendant, etc.

Actions Being Taken Before or Instead of Filing Copyright Infringement Lawsuit

Creators of protected work that have seen infringements or violations of their works may initiate legal actions against the infringing party. However, before filing a lawsuit, there are certain actions that are usually being taken. One of those actions is documenting the infringement. For instance, if a work is being uploaded to a website without permission, or if it had been used in social media (Facebook, Youtube, Instagram, etc.) it is important to save documentation of the work, in case the infringer would delete it.

Another important tool which is commonly used is a warning letter. A warning letter is used in order to inform the infringers about committing an infringement and warning them against legal actions that can be taken against them, before filing a lawsuit. Usually, the letter specifies the circumstances of the case, the infringing uses, the law provisions of which the infringer allegedly acted against and the demands from the infringer. Demands can include an immediate stoppage of the infringement, undertaking various actions (such as paying compensation or publishing an apology), etc.

In many cases it is customary to invite the other party to alternative proceedings, such as arbitration or mediation, in order to solve the dispute outside the court. As a part of mediation, the parties are negotiating in order to reach a solution which is acceptable for both parties. An arbitration, on the contrary, is more similar to court proceedings. It is held before one or more arbitrators, appointed by the parties. The final decision would obligate both parties, as if it was a court judgement.

The definitions mentioned above of an infringement are very broad, and it is important to emphasize that not any infringement lawsuit would be accepted in court. The law defends various actions when committed under certain circumstances, whereas in other circumstances they would have been considered copyright infringements. Our recommendation is to always act according to the law, while using protected works. If there is any doubt with respect to a certain use, it is highly recommended to seek the advice of an expert copyright lawyer.

The law includes a number of uses of a work that are considered permissible. The main defense among those uses is called “fair use.” It is important to note that the Israeli fair use defense is not identical to the United States (US) definition of a fair use. In the Israeli law, fair uses can be “private study, research, commentary, review, journalistic report, quotation, or teaching and examination by an educational institute.” It means that in some cases, it is possible to use protected work in a journalistic report, for instance. It depends on various factors, such as the scope of use of the work, its purpose and its character.

In addition, another defense might be accepted in cases where the person did not know and couldn’t know that his actions are considered as copyright infringement. For instance, using a painting which appears to be old and no longer protected by copyright, while in fact it is still protected. This defense is called “the innocent infringer.” It is important to note that the courts tend to expect in such cases to receive objective evidence that proves that it was indeed impossible to know that the work was still protected.

What Can be Done Against an International Infringement?

What happens when an Israeli artist publishes a song, and then it turns out that the song infringes copyright of a song from another country (say, the US)? Apparently it is a problem, since the law protects copyright of works in a certain territory. It also raises different questions, such as – will the US artist be able to sue in Israel against those who infringed her work? And what law would apply in these cases – the Israeli law or the US law?

This problem occurs worldwide, since many protected works tend to “spread wings” and to be published in many places around the world. Accordingly, Israel and most of the countries in the world have an international convention, which attempts to solve this problem. According to the convention, it is possible to sue for copyright infringement which occurred in one country, as if it occurred in the other country. For instance, it is possible to sue an Israeli infringer for using an American song.

The convention is used in many legal proceedings. One of the most famous cases from recent years is the case of Neta Barzilay, the Israeli singer who won the Eurovision song contest in 2018, with her song “Toy.” After winning the Eurovision contest, Barzilay received a warning letter from the owners of the song “7 Nation Army” of the American group The White Stripes, in allegations for copyright infringement. Although this specific case ended in a settlement agreement, it illustrates the ability to sue for copyright infringement internationally.

The issue of copyright infringement and penalties is complex and always being examined according to the specific circumstances of each case. If you have questions about copyright infringement, or need legal advice in any related issue, you may contact us and we will be happy to help. The law firm Decker & Ofir specialize in copyright and intellectual property matters (including trademarks, designs, etc.), and has extensive experience in representing Israeli and international clients in legal proceedings for copyright infringements.