Armand de Brignac is a famous champagne brand. In 2014, it was taken by the rapper Jay Z. In 2021, 50% of the company’s stocks were purchased by LVMH, the owner of Dom Perignon champagne. This case is just another example of the significant effect celebrities have on a business’ brand and reputation. Trademark use by celebrities is common, yet it often leads to different legal conflicts, on which we will explain below.

A “bubbling” deal took place in February 2021. Jay Z’s champagne brand, Armand de Brignac (known also as “Ace of Spades”) was partly purchased by the French international corporation LVMH. This large corporation, owning over 60 luxury brands, has purchased 50% stake in the famous rapper’s Champagne brand. The deal was reported in various media sources (including CNN Business) and attracted the attention of trademarks reporters as well.

The deal is indeed a successful one from the business perspective. Yet, it is not so unusual. The use of celebrities in order to promote trademarks and brands is in fact extremely common. Although this promotion usually helps with increasing the value of the trademarks, it sometimes may lead to some unwanted legal results, as we will show below.

The Power Celebrities Have Over Trademark Promotion

The use of celebrities to promote a trademark is a very common practice. It is justified academically, as studies show that consumers develop emotions toward brands. Companies often use celebrities as presenters for their brands, in order to increase the value and reputation behind the trademark. It recently became more common that celebrities actually purchase brands for themselves. This practice can increase the power of the purchased brand even more.

Yet, with great power comes great responsibility, as they say. The use of celebrities can often cause legal conflicts among trademark owners. Below we will present 2 famous Israeli Supreme Court cases, where such legal conflicts occured.

One of the most known trademark cases in Israel is a dispute which occurred between McDonald’s and Burger King. The dispute began due to a Burger King advertisement. Burger King’s presenter was Ariel McDonald, an American-Slovenian retired basketball player, who played for Maccabi Tel Aviv. In the advertisement he said: “Listen to McDonald – only Burger King.”

The Israeli franchisee of McDonald’s reacted with its own ad. The ad included quotations from an interview with Ariel McDonald, where he admitted that he prefers eating in McDonald’s. McDonald sued McDonald’s franchisee for infringing his right to privacy. The franchisee filed a counterclaim, arguing that Burger King’s advertisement infringes the registered trademark of MacDonald’s. 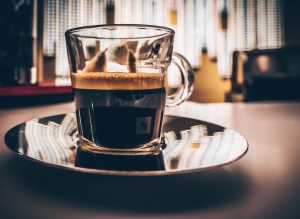 The case reached the Supreme Court, where Nespresso’s lawsuit was dismissed. Regarding Nespresso’s claim for trademark infringement, the court held that Nespresso’s trademark did not appear in Espresso Club’s advertisement. The mere fact that a campaign star’s lookalike appears in a commercial, was not sufficient to base a trademark infringement claim. However, if the mark would have appeared or mentioned during Espresso Club’s ad, a different conclusion could have been reached.

In summary, it is important to know that despite the value that trademark use by celebrities may have, it should be made cautiously. In order to avoid legal conflict in this regard, It is important to know the local trademark laws and operate in accordance with them. If you have more questions about the legal aspects of the topic, a trademark expert from our firm will be happy to assist you. The law firm of Decker & Ofir is well experienced with representing clients in various trademark matters, in Israel and abroad.